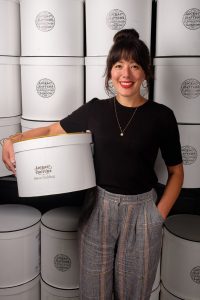 Awon Golding is an award-winning London-based milliner who specialises in fun and fresh hats and headpieces for modern women. She is the founder of the Haute Dogs Calendar which is in its third year. In addition to her own label Awon has also been appointed Head Millinery Designer at prestigious British heritage brand Lock & Co, the world’s oldest hat shop.

Following a career as a fashion writer and magazine editor in Hong Kong, she eventually decamped to London to pursue her dream of millinery. After an apprenticeship with acclaimed milliner Edwina Ibbotson, she went on to receive a Distinction in Millinery from the Kensington and Chelsea College. A job designing hats and soft accessories for high street giants Topshop and River Island followed.

Her creative talents have lead to Awon showcasing for two seasons as part of Headonism, a platform for the UK’s finest up-and-coming millinery talent at London Fashion Week. 2018 saw Awon make her UK TV debut as the Millinery expert on BBC 2‘s prime time show, Handmade in Britain.

As well as regularly featuring in international fashion publications, Awon’s ability to meld femininity with wearability has brought her a loyal following of global icons. Her hats have graced the heads of Meghan, Duchess of Sussex, Dita Von Teese, Kylie Minogue, Lady Gaga, and Priyanka Chopra to name just a few.

She creates two seasonal collections a year – Spring/Summer and Autumn/Winter – a luxury bridal range and private commissions for a wide range of customers. Her hats are available for purchase at London’s Fenwick, as well as a selection of international stockists.

This year Haute Dogs has partnered with Wild at Heart Foundation who are working to end the suffering of stray dogs around the world.  Every calendar purchased not only provides crucial funds but also showcases the joy, positivity and love that comes hand in hand with rescue. Every single one of our gorgeous models was born at a disadvantage: living on the streets, with very little hope of survival, let alone happiness.  The calendar features 12 of world’s biggest millinery talents such as Philip Treacy, Stephen Jones and Louise Macdonald, this calendar is equally for dog and hat lovers. 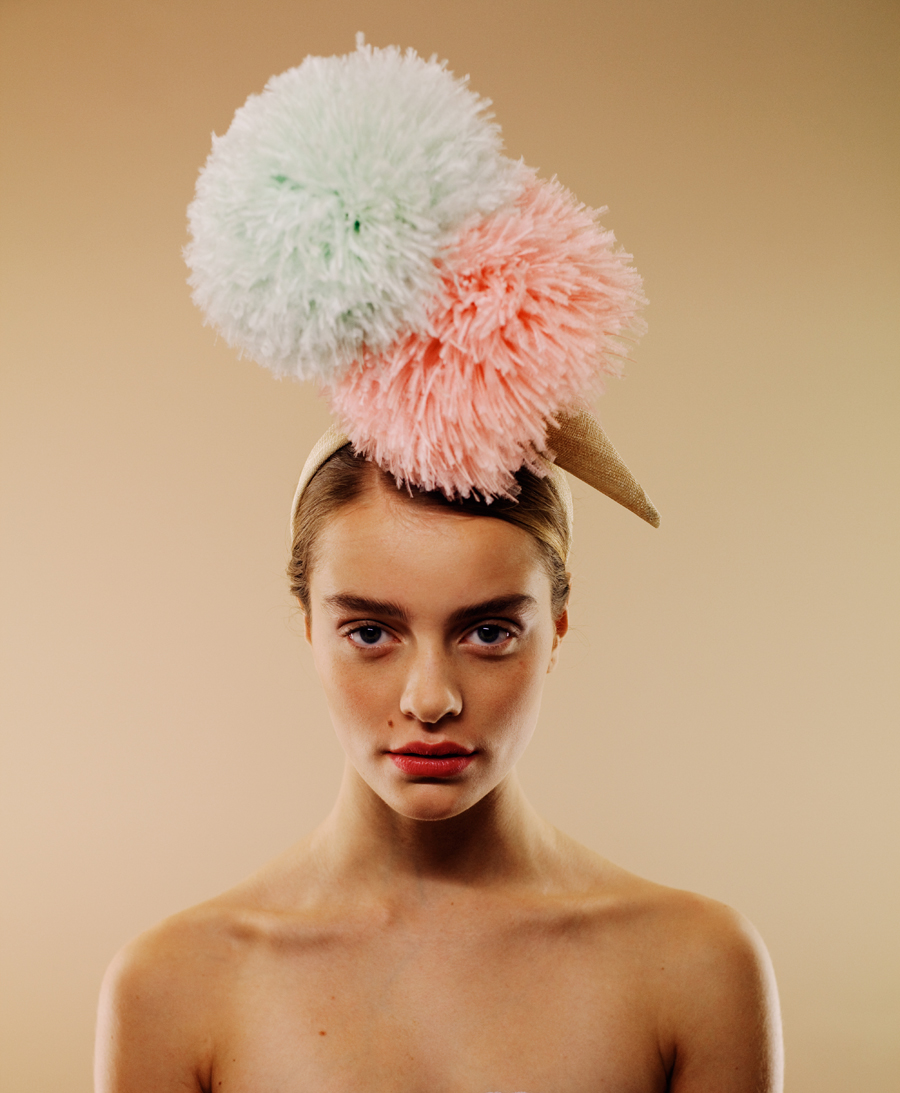 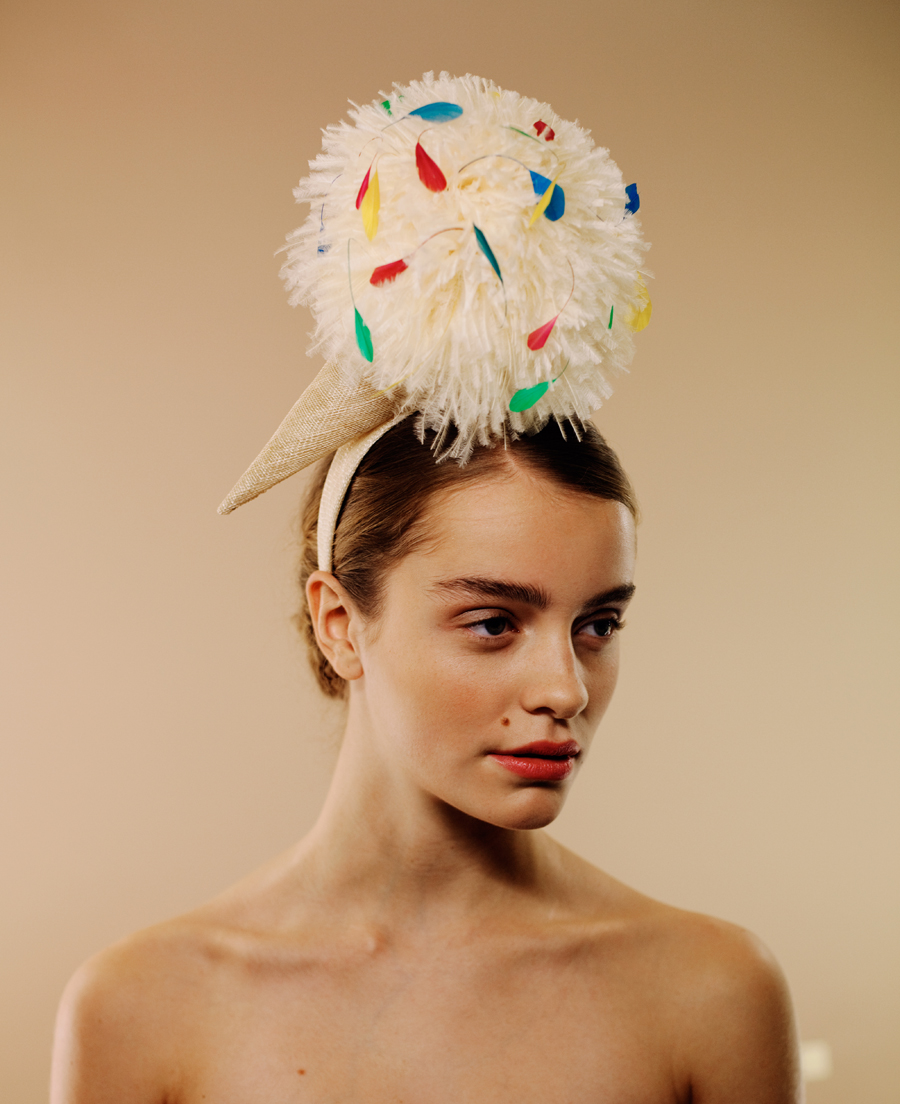 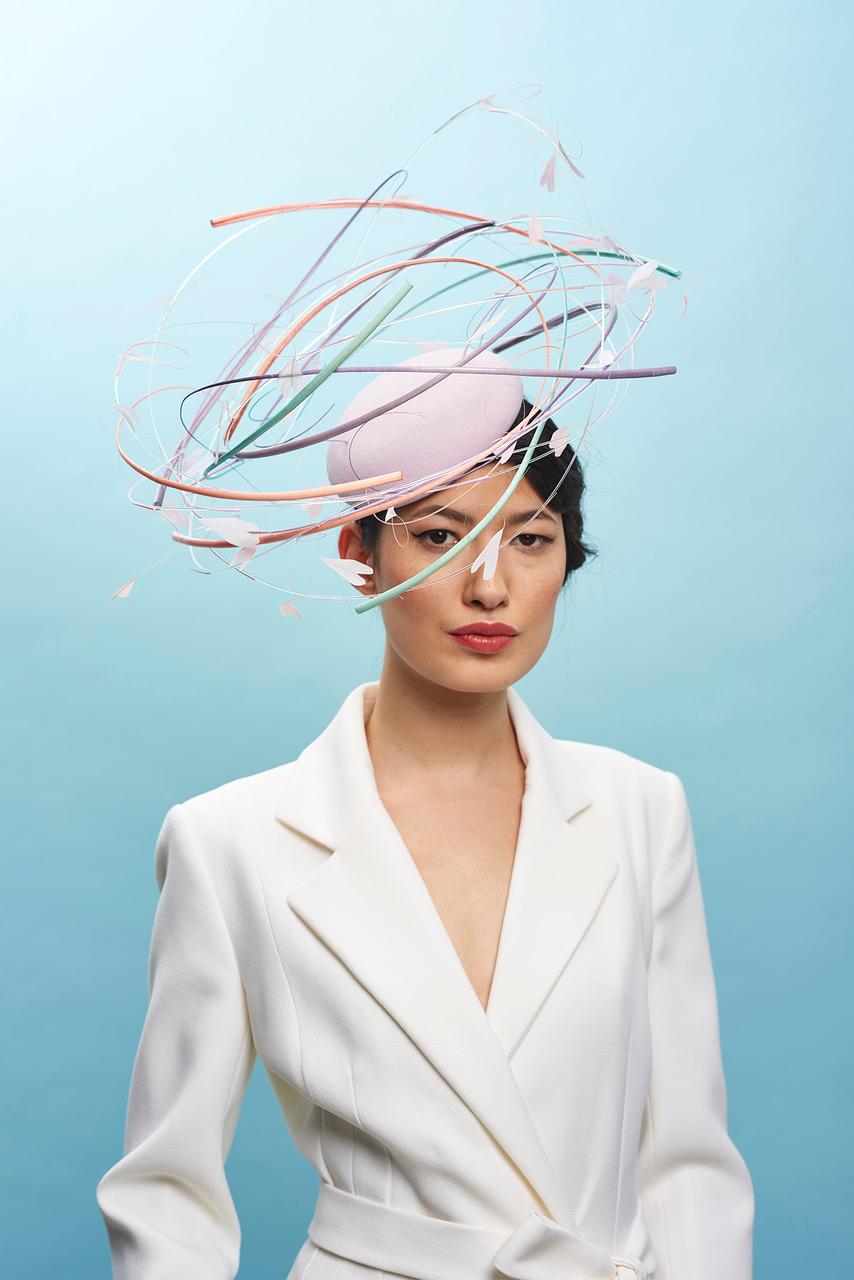 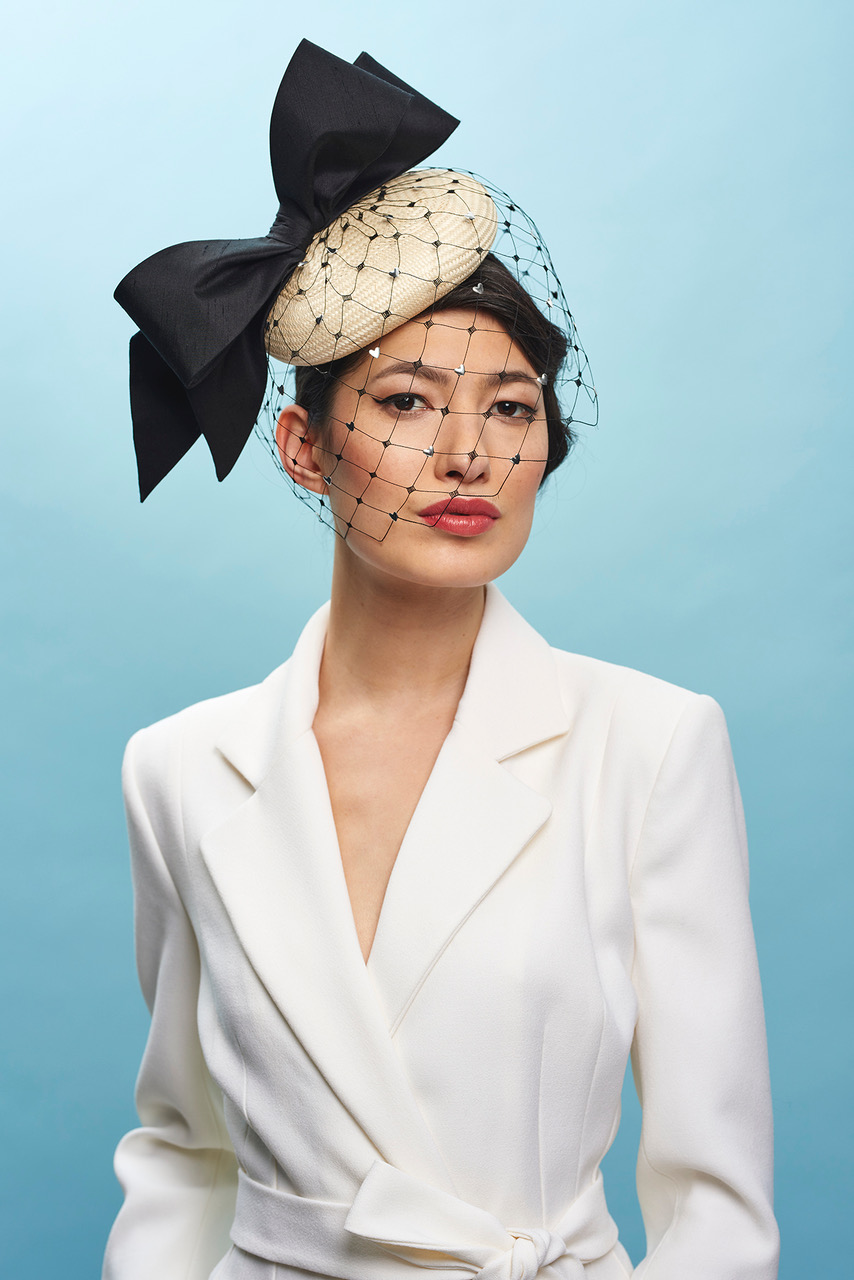 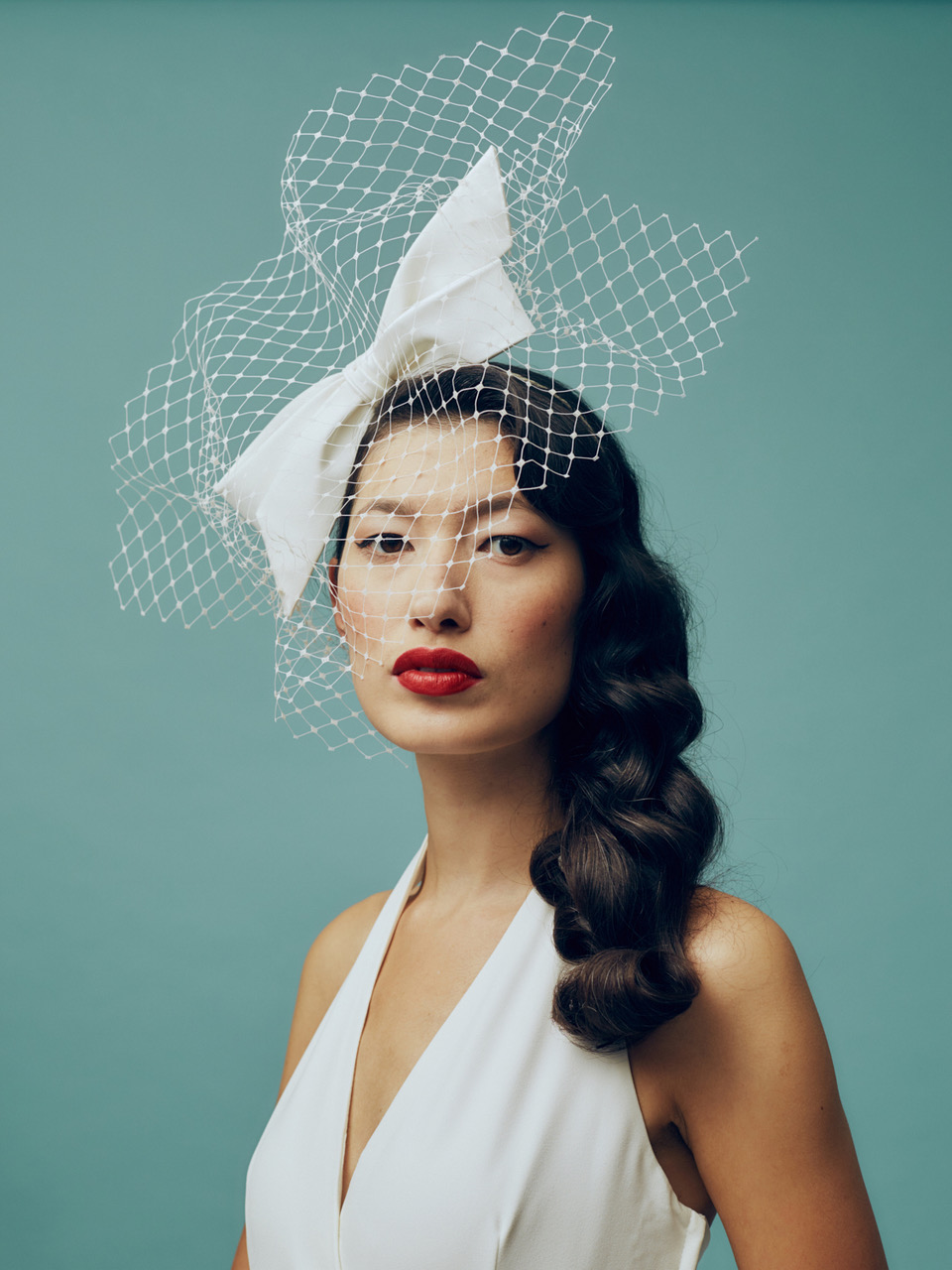 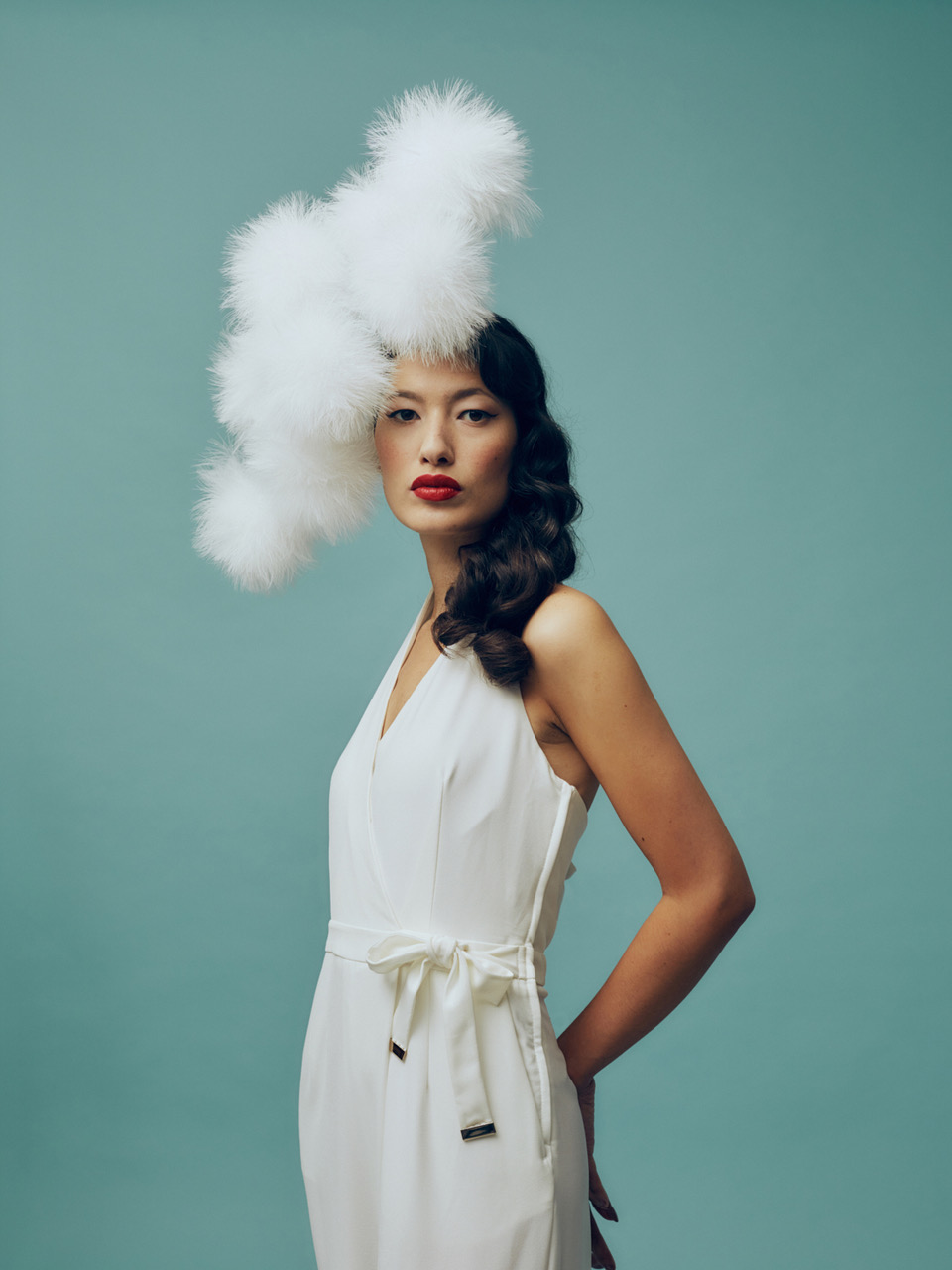 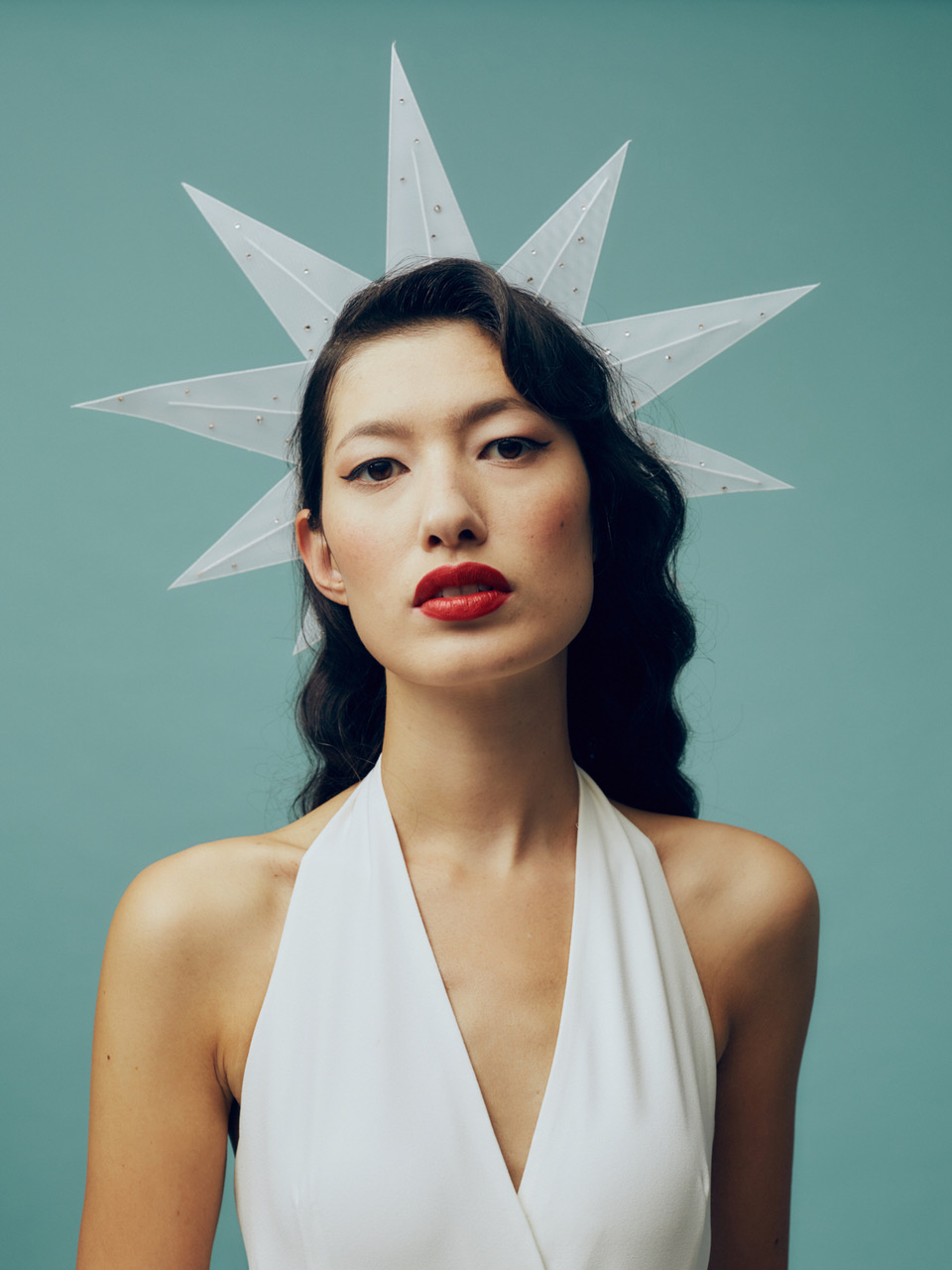 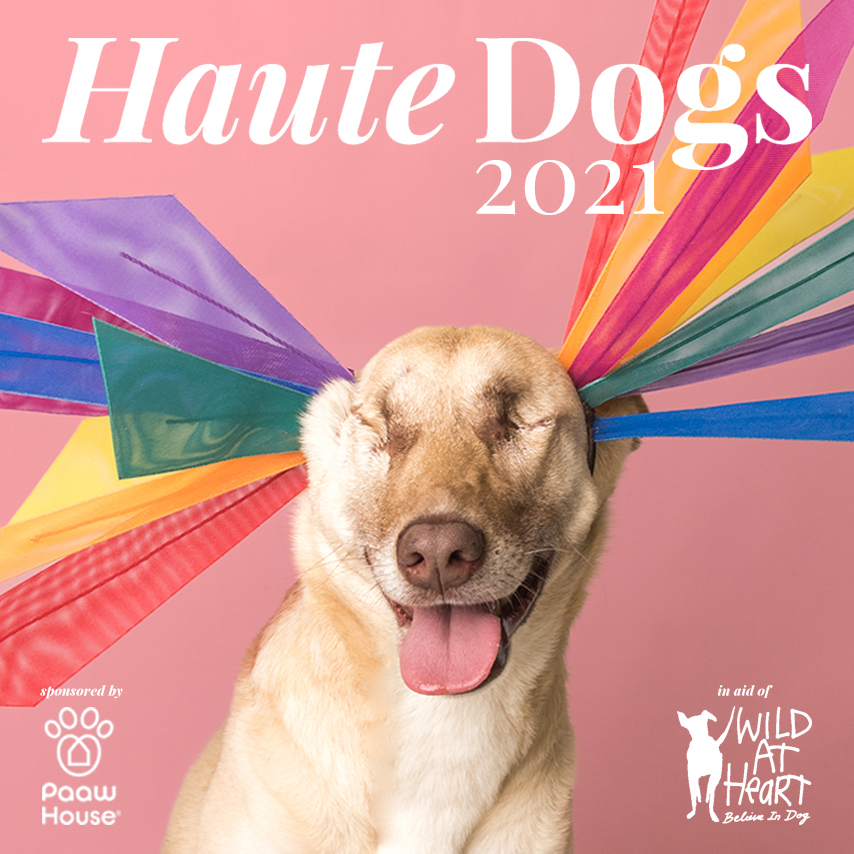 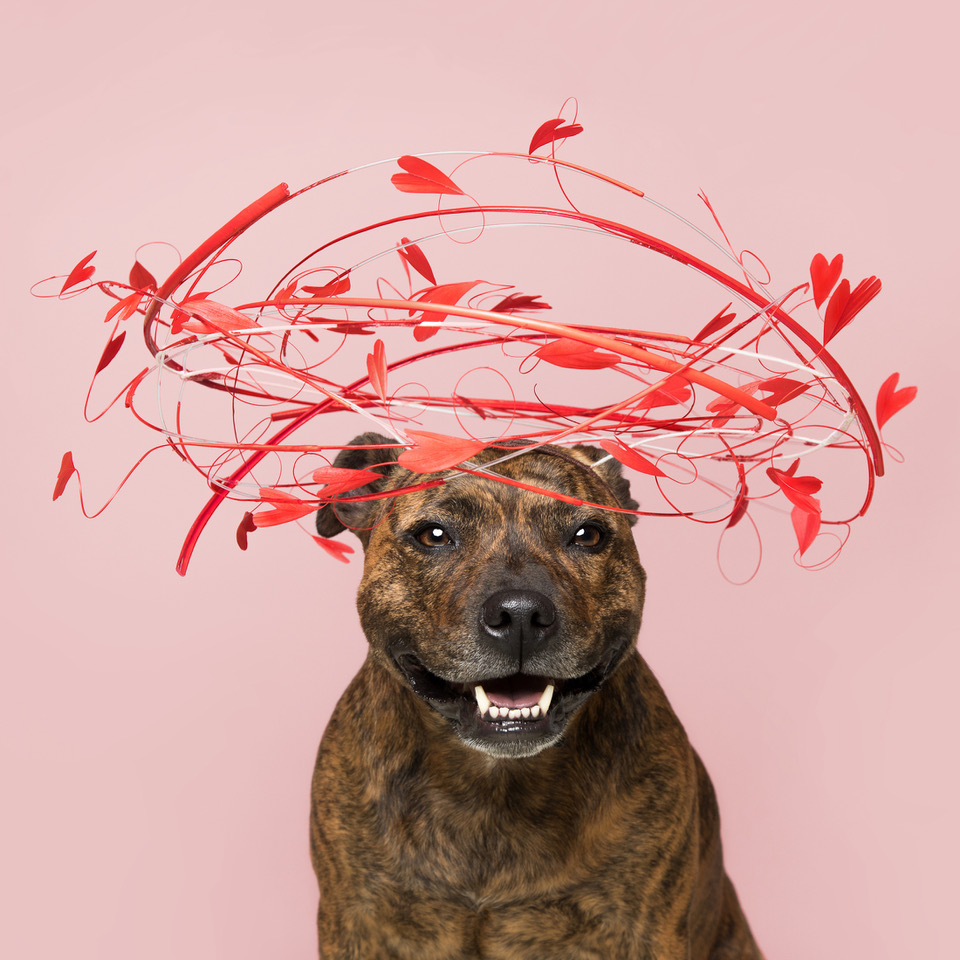 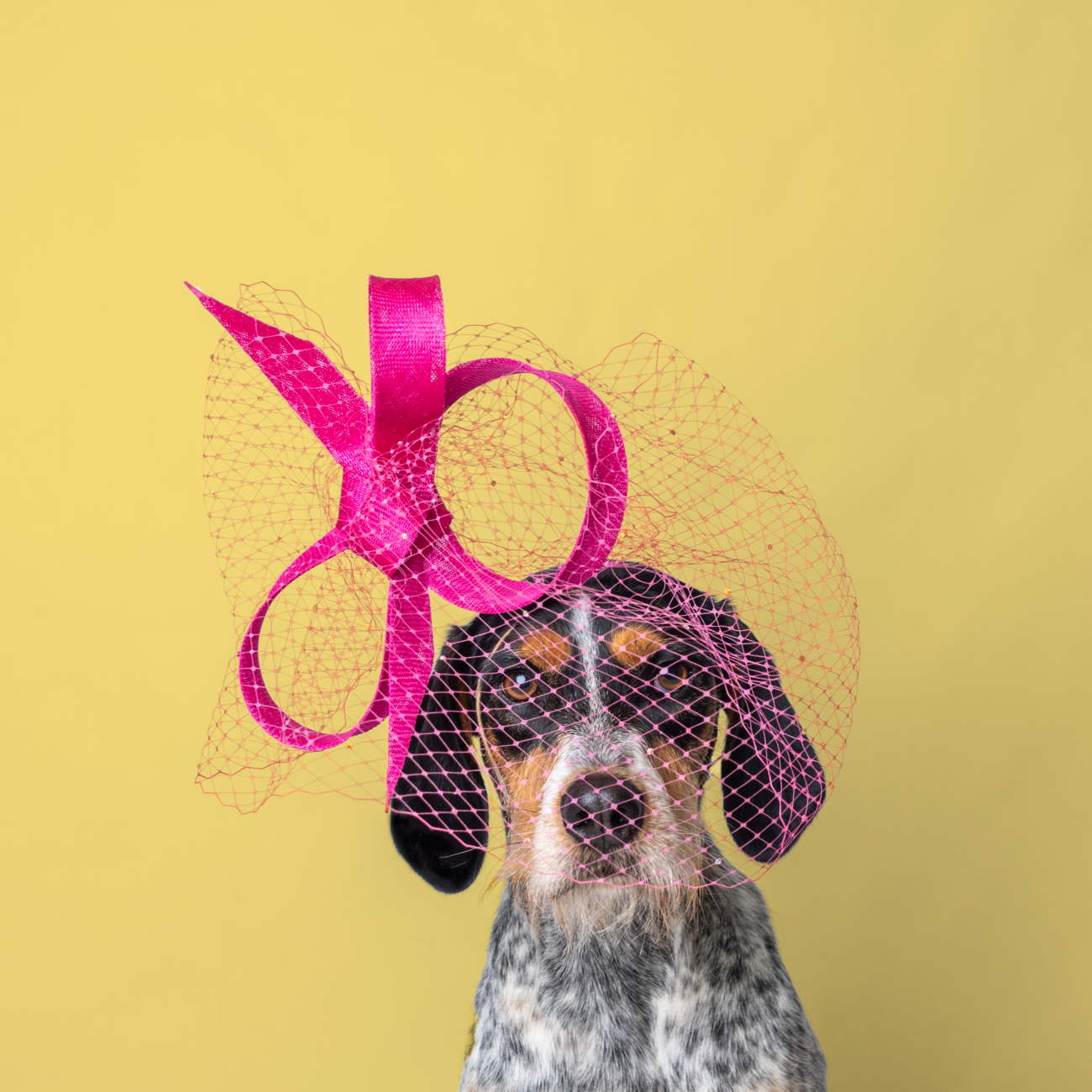 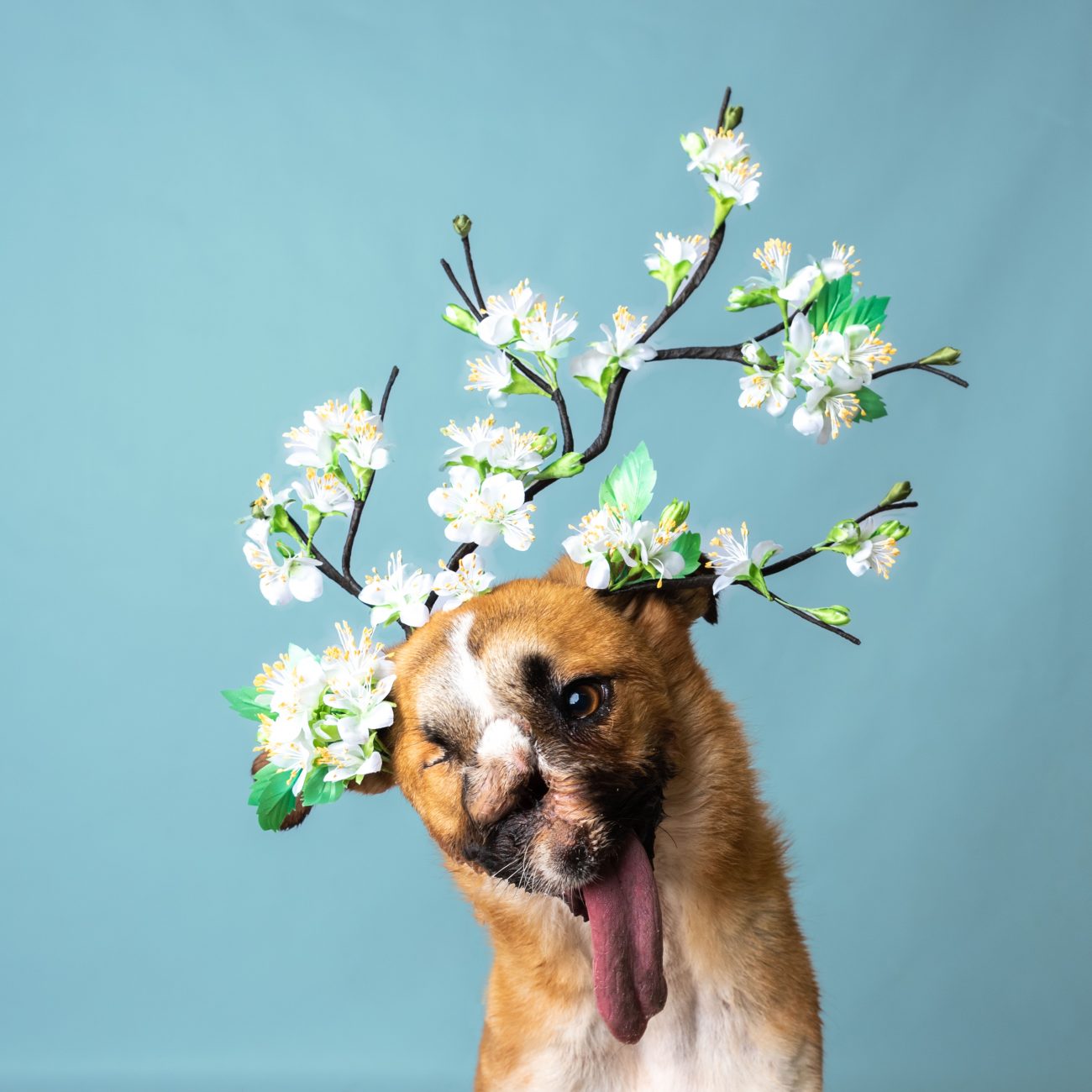 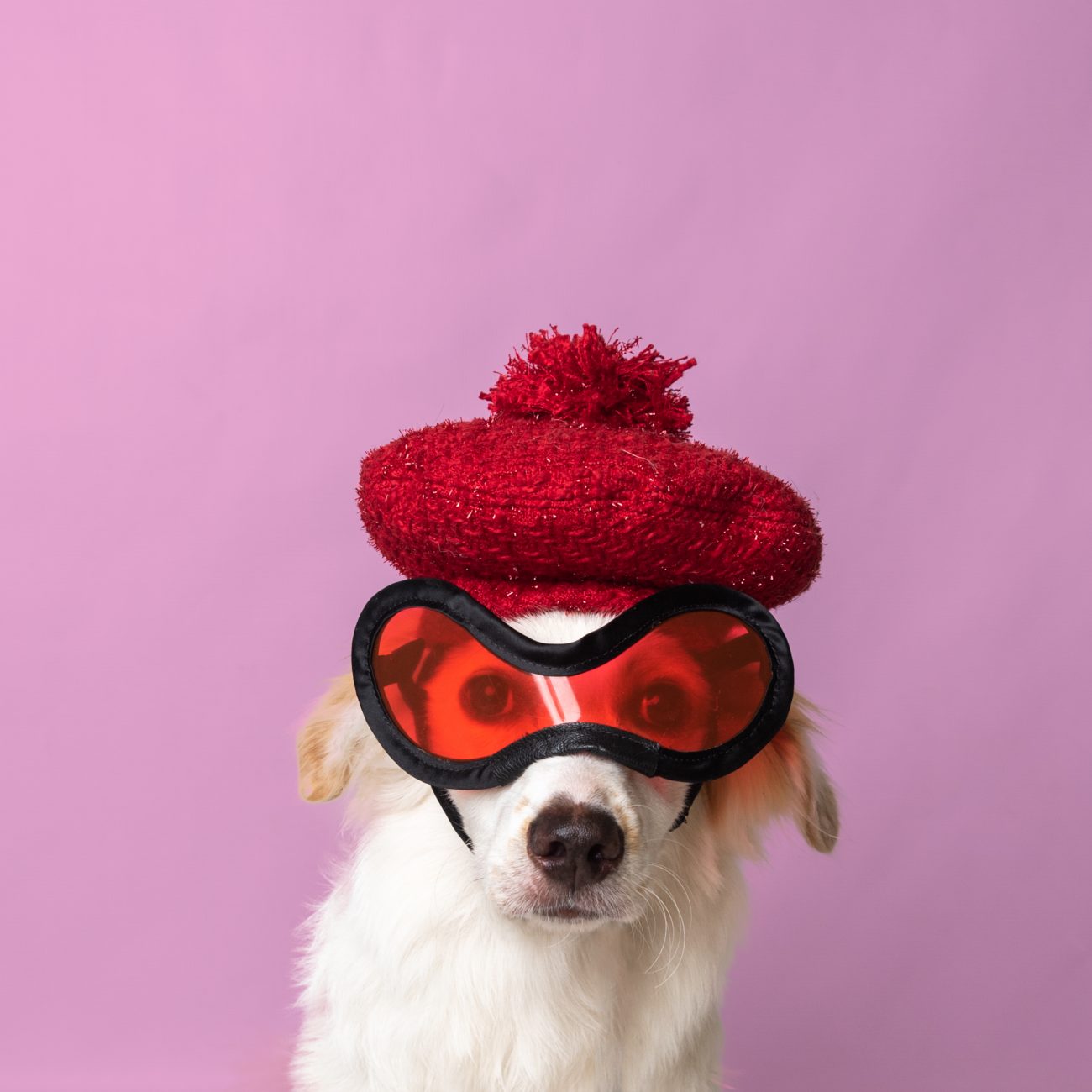